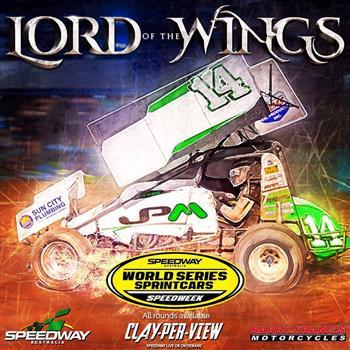 West Australian based World Series Sprintcar entrant Jason Pryde believes WSS has a history that will not be matched in his lifetime.

While a relative newcomer to the sport, it's the tradition that has captured his imagination as he looks forward to meeting the fans and other competitors throughout the toughest week in Sprintcar racing in Australia SPEEDWEEK.

Be sure to introduce yourself to Jason and Crew Chief Jono Coyle as they travel the Speedweek venues commencing Adelaide Motorsport Park , Boxing Day Dec. 26.