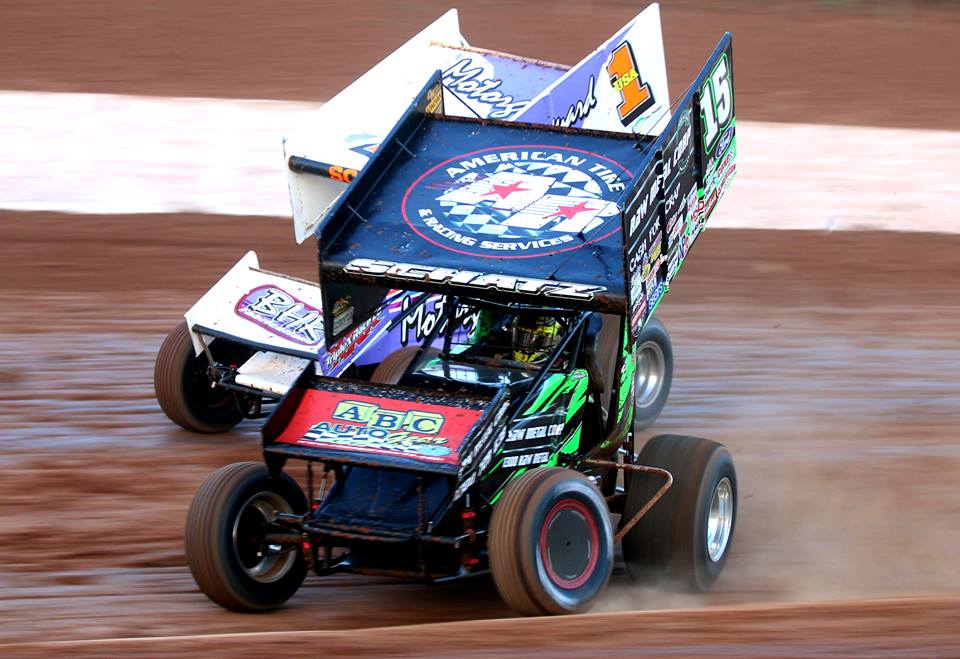 Nine-time World of Outlaws Sprintcars Series Champion Donny Schatz has once again regained his authority on the Australian Sprintcar Open with a dominant flag to flag win at Brisbane's Archerfield Speedway.

Schatz started on the front row outside of Kerry Madsen who was aiming for hat-trick after winning the two previous years but Schatz led the 50 lap contest from start to finish with only one caution brought on by a spin from Bryan Mann on lap nine.

Despite his best efforts, Madsen couldn't reel-in the North Dakota native who was able to maintain a six second lead for the majority of the race, claiming his 25th World Series Sprintcars A-Main win since his first victory in the series in Kalgoorlie in 1999.

"This is a great way to finish off our trip to Australia. The track was way more slick then I expected so it turned out to be vital to get a good start over Kerry.”

The remaining podium positions were decided somewhat controversially however, after Madsen was deemed to have made an illegal infield pass on Pennsylvanian Lucas Wolfe with a post-race ruling awarding Wolfe second place and Madsen relegated to 3rd.

"The chief steward made the right call there," Madsen said to the surprise of the huge crowd, "because on a track like that I had to try whatever I could to make a pass on Lucas and unfortunately I found myself across the bottom line. But this has been a massive few weeks for our team and they have worked extremely hard and I am so grateful to be on the podium and still having fun."

Wolfe was surprised about the ruling but thankful regardless. "Making the ruling after the race is a little bit different to what I am used to back in the States, but I am just pleased for everyone at Ayers Racing who gave me a great package for my whole Australian visit and I am really pleased to repay them with the podium on our last night in Brisbane."

The QSS backed series resumes on Friday February 3 at Tasmania’s Gulf Western Independent Oils Speedway Latrobe for a double header weekend with two separate rounds at the same venue on Friday and Saturday.